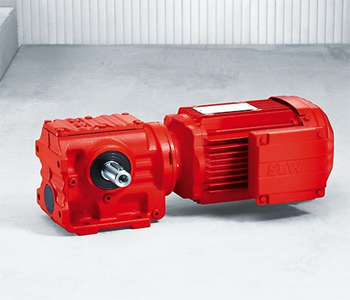 The strength of the SEW-EURODRIVE helical-worm gear units is their simple mechanical structure. Tailored individually to torque and speed requirements, they save installation space and cost when implemented in simple applications. In addition to the large gear ratio in the worm gear stage, the helical-worm gear units also offer a significantly higher level of efficiency than mere worm gear units. Power is transmitted linearly to the drive shaft and the torque shocks are reduced, making for a low noise level. Their torque range runs from 92 to 4,000 Nm.